Why we Changed our Name

Prof. Chaim Sukenik talks to JPost's Judy Siegel- Itzkovich about changing JCT's name to Jerusalem College of Technology - Lev Academic Center, and discusses his plans for the future of the institution. 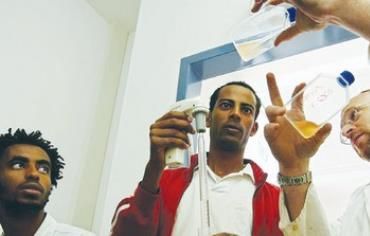 The Jerusalem College of Technology-Lev Academic Center is changing along with the evolution of Israeli demographics.

In 1969, the visionary, Vienna-born religious physicist Dr. William Low assembled seven young men in an apartment in the capital’s Bayit Vagan neighborhood to combine engineering and yeshiva studies. As this was probably the last thing on the minds of modern Orthodox young men two years after the Six Day War, the educator/scientist later known as Prof. Ze’ev Lev dreamed what then seemed impossible – that the minuscule student body would grow to 400 or 500.

Today, the flourishing college that has been known for decades as the Jerusalem College of Technology (JCT) – its main campus nestled between the Givat Mordechai and Bayit Vagan neighborhoods – has 4,500 students of engineering and related fields. The first JCT president achieved his dream before he died of a stroke in 2004 at the age of 82.

Chaim Sukenik from Bar-Ilan University (BIU), who recently gave an extensive interview to The Jerusalem Post.

Today, JCT’s student body is very diverse and different from that in the beginning.

Half of JCT’s graduates are modern Orthodox – most of the men admitted after completing their full military service in the regular army or Hesder program.

About 140 are modern Orthodox men studying for a four-year academic degree before doing about six years of service as officers in the Israel Defense Forces (IDF) in the Atuda Academit (academic military program). Busy 12 hours a day, they study Talmud and other Judaic subjects in the mornings in the Beit Midrash and secular studies in the afternoons and early evening.

A third of the students, part of JCT’s Machon Naveh, are (mostly) married haredi men who never before learned English, sciences or anything more than basic arithmetic and spend a year or more in a JCT preparatory program before starting their academic studies. They have cultural challenges as well; in yeshiva, haredi men study just Talmud and are used to relative informality and no tests. In our preparatory courses, they face multiple subjects, a rigid schedule, formal exams and written reports.

There is also a special preparatory curriculum for observant men of Ethiopian origin who have a lot of catching up to do.

The married haredi students who spend only late afternoons to evenings on campus are exempt from learning in the Beit Midrash, because most have to support their families, or they prefer to study in ultra-Orthodox kollel yeshivot for married students.

ABOUT HALF of JCT’s students are women, most of them modern Orthodox, at the cramped, rented space in Machon Tal (Jerusalem’s Givat Shaul campus). They earn bachelor’s of science degrees in most of the hi-tech subjects taught to the men – electro- optical (but not electronic) and computer engineering, industrial management, technology marketing, accountancy and nursing, as well as graduate degrees in business administration.

Other women attend Machon Tal’s highly respected nursing school where licensing test grades are the highest in the country.

All JCT women are also required to learn Jewish studies as well.

Another campus – Lustig in Ramat Gan – teaches haredi women mostly computer programming, while there are separate programs at Machon Tal called Da’at for Hebrew-speaking haredi women and a smaller one called Tvuna for (mostly) Yiddish- speaking women from the Mea She’arim quarter.

“It’s easier to get haredi women into college than men; two-thirds of haredi students are female,” Sukenik explained. Many more of them matriculate than men, but women too generally have to go through preparatory and even pre-preparatory courses to raise their level of English, math and sciences.

“Haredi women even developed applications for Windows 8 and smartphones,” Sukenik said with pride.

JCT will in October launch an English-language bachelor’s degree program in business administration that it hopes will attract several dozen men – foreigners and new immigrants; and plans for a similar program in computer science have already been approved. If it is successful for men, the board will also consider a comparable program for women.

With the rise in aliya from France, JCT’s French-speaking engineering programs have also expanded and will include students who have not yet immigrated but are seriously contemplating it; French-speaking rabbis teach in the Beit Midrash. Master’s degrees in business administration and computer communications have been available for several years to modern Orthodox and haredi men, and at the other end of the timeline, there is a live-in boy’s high school, many of whose graduates go on to study at Machon Lev.

AROUND THE beginning of Sukenik’s fouryear term, JCT hired a company to investigate the level of name-recognition and other issues. “We are very well known to the national-religious community around the country and the world,” Sukenik said in wide-ranging interview with the Post. “But we learned that among secular employers of our graduates, the widely used nickname of Machon Lev [Lev Institute] is not known.”

In fact, he continued, when a graduate names Machon Lev, potential employers who are secular – and even cab drivers – mistakenly believe it is the cardiology institute (“lev” means heart) of Shaare Zedek Medical Center, which is just down the road from JCT.

As a result, the JCT board of governors decided to change the name, signs, publications and the stationery to JCT-Lev Academic Center in English and “Hamercaz Ha’akedemi Lev” in Hebrew; there is also a new logo that looks like an open book and is somewhat heart shaped. But graduates and the national-religious community will undoubtedly continue to call it Machon Lev among themselves.

If that was not enough of a reason for confusion, just across the broad boulevard where JCT stands on a hill, another engineering college exists. The former campus where the Bezeq communications company that for many years trained its phone technicians became the Jerusalem College of Engineering in 1999. With a huge donation of $40 million from the Azrieli Foundation of shopping mall magnate David Azrieli, it was turned into the secular Azrieli College of Engineering Jerusalem.

It is due to increase its student body – men and women studying together, a minority of them religiously observant – by 75 percent and is currently engaged in major construction and expansion. Although it offers some of the same engineering degrees – electronics, electro-optics, industrial management and computers, in addition to a first-ever degree in pharmaceutical engineering – Sukenik says he doesn’t regard the neighbor across the street as competition.

“We are unique in being an engineering college with gender separation for religious reasons. In our DNA, we are national religious, but our separation of the sexes, for reasons of modesty, on different campuses allows us to attract the haredi communities as well,” said Sukenik.

Preserving a special environment of gender separation, said the JCT president, nevertheless poses financial burdens. Some departments are small and thus not economically efficient. The handful of modern Orthodox women who study electro-optics engineering – not a very popular field among females – even get scholarships for pursuing such studies. Male lecturers may teach on both the men’s and women’s Jerusalem campuses, but women lecture only at Machon Tal, requiring a lot of running around.

“The question is how well we can manage doubling up, with the same courses for men and women. We will certainly make more use of video conferencing to maintain high quality education standard.”

Sukenik believes that “Internet technology will help us. There will be online courses to preserve the gender-separated environment, but live teaching assistants will be present in each classroom.”

Yet in about five years, a separate women’s campus will open on 24 dunams (6 acres) of empty land at the bottom of the men’s main campus in Givat Mordechai.

Donated by the Israel Lands Administration, the plot will house buildings completely separate from the men’s, and only male faculty members will be able pass through the gates in the two.

THE SIXTH JCT president was born to educator parents and grew up in Miami, until they moved to Cleveland. Sukenik earned his bachelor’s degree in 1972 at New York’s Yeshiva College (also gender-separated at the undergraduate level) and his doctorate in organic chemistry at the California Institute of Technology. After a year as a National Science Foundation postdoctoral research fellow at the University of California at Los Angeles, he returned to Cleveland, where for 18 years he was a faculty member at Case Western Reserve University – ranked among America’s best research institutions and colleges.

He and his English-teacher wife Rachelle married young, when he was 20, and they came on aliya in 1995. His mother, who is almost 90, also immigrated, at the age of 79. The couple, who have four married children – two of them Israeli – live in the Nof Ayalon community off the Jerusalem-Tel Aviv highway.

Sukenik joined BIU’s chemistry department almost immediately and held the Steinberg chair in nanotechnology. His research group, which he continues to direct one day a week, focuses on inferfacial chemistry, with work extending from fundamental studies of self-assembled thin films to the creation of nano-scale organic and inorganic coatings. These have many applications – including the protection of materials for aerospace applications, prevention of biological fouling on surfaces for medical equipment and water bonding for photonic and microelectronic applications.

At BIU, Sukenik founded the Institute for Nanotechnology and Advanced Materials at BIU and headed the university’s Minerva Center for Micro-scale and Nano-scale Particles and Films.

“We integrate bacteria-killing [particles] in the weave of fiber that can be used for implants and reusable catheters and colonoscopes,” said Sukenik, who has used his chemistry background and applied it to nano-scale structures.

AS ISRAEL’s demography changes and the birth rate in the haredi communities surges, even the International Monetary Fund has recognized that having so many young people with little or no secular education and few going to work (the situation is similar among Arab Israeli women), the country’s future economy is faced with serious dangers.

The new Bank of Israel governor, Karnit Flug, warned recently that a shrinking work force cannot support the economy unless haredi men pursue academic studies and go to work. This problem is regarded by the national leadership as more urgent – and easier to solve – than refusal to serve in the IDF.

The stigma of Israeli haredim against going to college – if it is gender separated – has diminished. President Shimon Peres, who recently made a first-ever visit by a state president to JCT, made a point of asking to see only haredi graduates and students – even though modern Orthodox graduates are responsible for huge technological achievements in the IDF.

Of the 8,000 students from haredi world who are pursuing a higher education – including women – 1,700 are at JCT. Haredi rabbis will have to face competition that they never had before, and their yeshivot for adult men will be set aside more for very bright Talmud scholars and others will go to study a profession and go out to work, said Sukenik. “Stipends will become differential.

There is more variety in the haredi world, and things are changing, just as they did in the Diaspora.”

At JCT itself, Sukenik appointed a committee headed by Rabbi Dr. Mordechai Halperin to re-think and upgrade its Torah studies program. “We must maintain the highest academic level both in that and our scientific studies.”

BY THE end of his four-year term, Sukenik hopes the academic level at the Lev Academic Center “will be even higher, as good as any university in the country, just like graduates at gender-separated Yeshiva College can be accepted to doctoral programs at Cal-Tech. We will bolster our efforts to be in touch with graduates, and our placement will continue to help them find jobs. In addition, we working to promote the development of scientific infrastructure and strengthen research.”

To view the original article on JPost, click here

Meeting the Corona Challenge at JCT