The Jerusalem College of Technology (JCT) last week dedicated a new dormitory supported by a donation from the Toronto-based Jewish Legacy Charitable Foundation (JLCF), that will offer students an affordable high-quality housing option on campus, removing the obstacle of Jerusalem’s high cost of living.

The Israeli government matched the foundation’s gift towards the construction of the new Joseph and Faye Tanenbaum Residence Hall, a project totaling more than 35 million NIS ($11 million).

"As the former Minister of Higher Education and current Minister of Jerusalem Affairs, I've been privileged to work closely with the Jerusalem College of Technology. The college is one of the best academic institutions in Israel,” said MK Ze'ev Elkin (New Hope), Minister of Jerusalem Affairs and Minister of Housing and Construction. “Its unique contribution is reflected in its goal to provide higher education alongside comprehensive Torah studies, enabling integration of the haredim in the workforce and landing them some of the most desirable jobs on the market."

"The Jerusalem College of Technology is a source of pride for the city. The college is a symbol of innovation, excellence, and creativity. It also contributes to the advancement of the city in a myriad of ways and integrates and empowers underserved communities in both the academic and professional worlds,” said Mayor Lion. “The Jerusalem Municipality will continue to dedicate itself to supporting the development of this fine institution."

JLCF and its founder, the late Joseph Tanenbaum, have a long history of supporting JCT — deriving from Tanenbaum’s lifelong passion for supporting Jewish education. The foundation has donated tens of millions of dollars to more than 200 institutions (primarily schools and synagogues) in Canada, the US, Israel, and worldwide.

Tanenbaum was also one of the most successful real estate developers in Toronto during the 1960s and ’70s in Toronto, which served as inspiration for JLCF’s donation for the JCT dormitory.

“We all know the expensive nature of real estate in Jerusalem, making it very difficult for students from outlying areas to attend the College. This facility allows young people, men and women, and families to be located on the campus in a dignified way and be able to live on campus in a beautiful and admirable setting,” said Jack Feintuch, a board member of JLCF.

JCT has a long track record of opening doors to gainful employment for Israel’s haredi population. The College’s haredi graduates have attained an 89-percent employment rate, far exceeding the roughly 50-percent employment rate for haredi men throughout Israel. Further, 53 percent of all JCT’s computer science students are women, which is 18 percent higher than any other Israeli academic institution.

“It is no secret that if you walk through the streets of Jerusalem and throughout Israel, the name Joseph Tanenbaum is prominently displayed in buildings and facilities all across the land,” Feintuch said. “Joe, together with Faye, spent a lifetime of promoting Torah learning, Torah values, and a Torah lifestyle that they believed represent the future of our people and of the State of Israel.”

“Today, we are very proud to affiliate with an institution such as JCT that stresses both Torah learning and academics, while empowering observant young men and women to learn technology disciplines in a Torah atmosphere. We believe that the College’s mission is critical for the survival of the Jewish people.”

The new dormitory will fill a unique need of offering a comfortable housing option for the significant number of JCT students who are part of religiously observant young families. “The Joseph and Faye Tanenbaum Residence Hall is both a fitting tribute to the legacy of its namesakes and a substantial upgrade to our campus,” said JCT Vice President Stuart Hershkowitz. “This dormitory will be a special home for observant students who become trailblazers in their communities and exceptional contributors in their professional fields.” 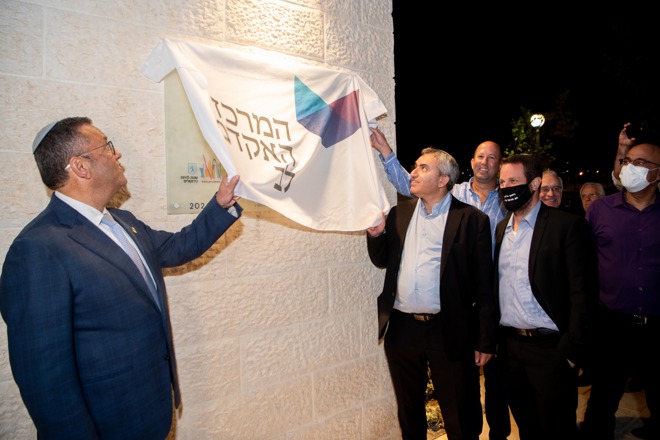 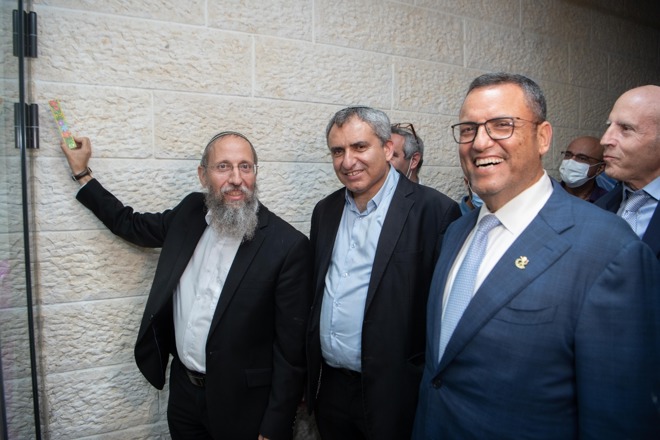 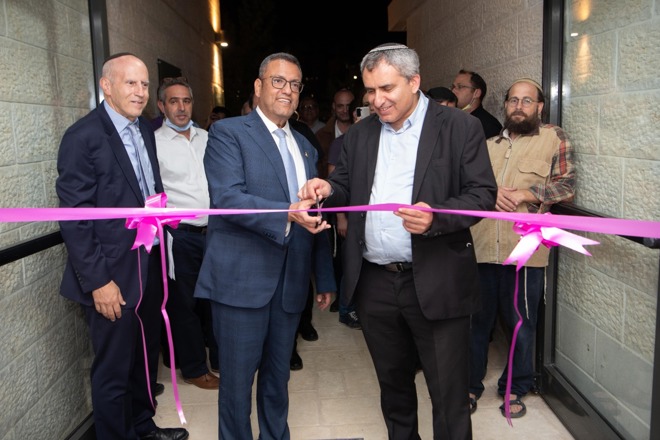 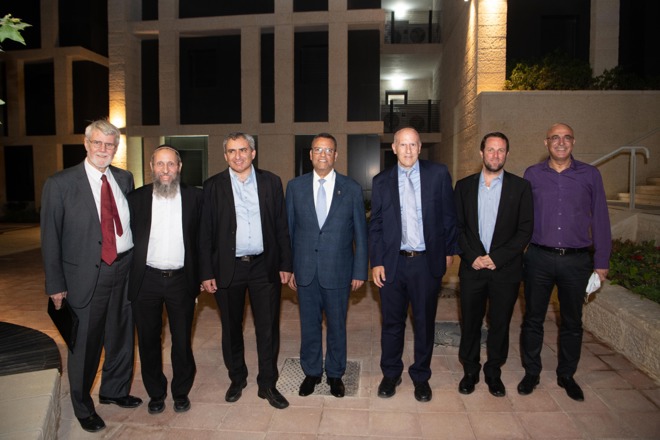 In an effort to integrate Haredim into high-tech in Israel, Orna Barbavai,...

Memorial ceremony in memory of the 19th anniversary of the murder of Noam Apter...

The new English-language program is set to launch during the 2022-23 academic...