Ways to Give Online Registration

What are the admission requirements?
How much is tuition?

*At exchange rate of 3.55 NIS per dollar and current public tuition rates set by the Council for Higher Education. This fee does not include room, board, and Beit Midrash, if required.

When does the school year start?

The first semester of the program starts after Sukkot each year.  The college provides breaks for the Jewish holidays.

How do I register?

Please note there is a 300 shekel registration fee which is non-refundable.

How long is the program? Are classes every day?

Can students transfer from the International Program? Will their credits be accepted?

As an institution recognized by the Council for Higher Education in Israel, JCT’s credits are generally accepted worldwide and students from the program have seamlessly transferred to other institutions around the world. However students should check with specific colleges as each has different requirements for transfer credits.

How do you fly a spaceship into the Moon without desecrating Shabbat? How will halacha be affected by the entrance of robots into our lives? Answers to these questions and many others were discussed at this year’s Annual Torah and Science Conference held at JCT in Jerusalem.

Adapted from article published in Hebrew by Chezki Baruch on April 14, 2019

How do you fly a spaceship to the moon without desecrating Shabbat? How will halacha be affected by the entrance of robots into our lives? Answers to these questions and many others were discussed at this year’s Annual Torah and Science Conference held at JCT in Jerusalem.

The 26th Torah and Science Conference was held at JCT- Lev Academic Center in Jerusalem. The annual conference, which was held this year in cooperation with Bar-Ilan University, brings together senior researchers and rabbis who work to develop the ongoing dialogue between Torah and science and to discuss the most pressing issues and technological innovations that are relevant to rabbis, researchers and tech users.

This year, the conference dealt with topics such as human vs. artificial intelligence and understanding all of the underlying halachic implications; the connection between medicine and biology; ethical dilemmas of physicians; and whether archeology is capable of contradicting ancient writings when no evidence has been uncovered in the excavation areas.

The conference was organized by Prof. Noah Dana Picard and the Lev Prize (named after Prof. Ze'ev Lev, founder of the Lev Academic Center) was awarded to Prof. Avraham Steinberg, who is active in the field of medical ethics and has headed public committees on the subject of transplants and dying patients.  Among other accomplishments, he has published 42 books and 292 professional articles.  Prof. Haim Sukenik, President of the Academic Center of Israel was very honored to give Rabbi Avraham Steinberg the prize.

One of the most interesting parts of the conference was discussing the landing of the Israeli spacecraft "Beresheit" on the moon.  After a Skype conversation with Ariel Gomez, a graduate of the Lev Academic Center and one of the engineers flying the spacecraft to the moon, some of the questions that arose included: Who is the "rabbi of the spacecraft"?  Who is responsible for all of the halachic aspects of observing Shabbat during the spacecraft's two-month voyage to the moon.  "When night falls on the moon and the international media proclaims that the State of Israel has landed a spaceship on the moon- it will be a national accomplishment and a tremendous Kiddush Hashem.  It reinforces Israel’s national resilience and strength.  Although the topic wasn’t connected to saving lives, we needed to find the right halachic solutions to relate to the issue.

Another important issue was addressed by Rabbi Yosef Yitzchok Lifshitz, who called on dayanim (rabbinical judges) and rabbis to consult with psychologists and psychiatrists in cases of agunot (men who refuse to give their wives a get) and mesoravot get (women who refuse to receive a get). "I would like them to check the person who refuses to give a get for many years and to consider that he may be suffering from a mental disorder," he said. It is not always possible but many times it is certainly possible. The halachic definition and the way we value the person is important.  The woman may be asked whether she would marry her husband if she knew before the wedding that he was suffering from a mental disorder.  Since she would have refused to do so, the marriage could be annulled on the basis of the definition of "blind mistake" and save the life of that woman.  "This is not halachic innovation," explained Rabbi Dr. Lifschitz, "but a call to rabbis to turn to psychologists and psychiatrists. They are usually not invited to court and rabbis do not consult with them enough outside the court.  Rabbis and judges should do it much more”.

Dr. Yitzhak Meitlis shattered the idea that archeological truths could be relied upon and explained that ancient inscriptions were often based on events that occurred, but archeology has not found corroboration on the ground.  But it’s clear that these events occurred.  Similarly the Torah should be a legitimate source, but many of its claims have been proved by other sources. "There are Assyrian scriptures and other ancient writings that no one can dispute their historical validity, even though they do not have findings on the ground," he says. “Archeology changes and history changes over the years and we are reaching new conclusions all the time.  What I learned as a student is not necessarily still true today”.

Prof. Noah Dana-Picard concluded: "I am not surprised by the obvious connection between Torah and science. We deal with subjects that are relevant both to those who adhere to Halacha as well as to scientists. The connection between the spheres is always increasing.  The more we investigate, the more we find that again and again it proves that there is no contradiction between Torah and science and even more so, quite the opposite is true.  It is precisely through science we become even better acquainted with God’s world and creation”. 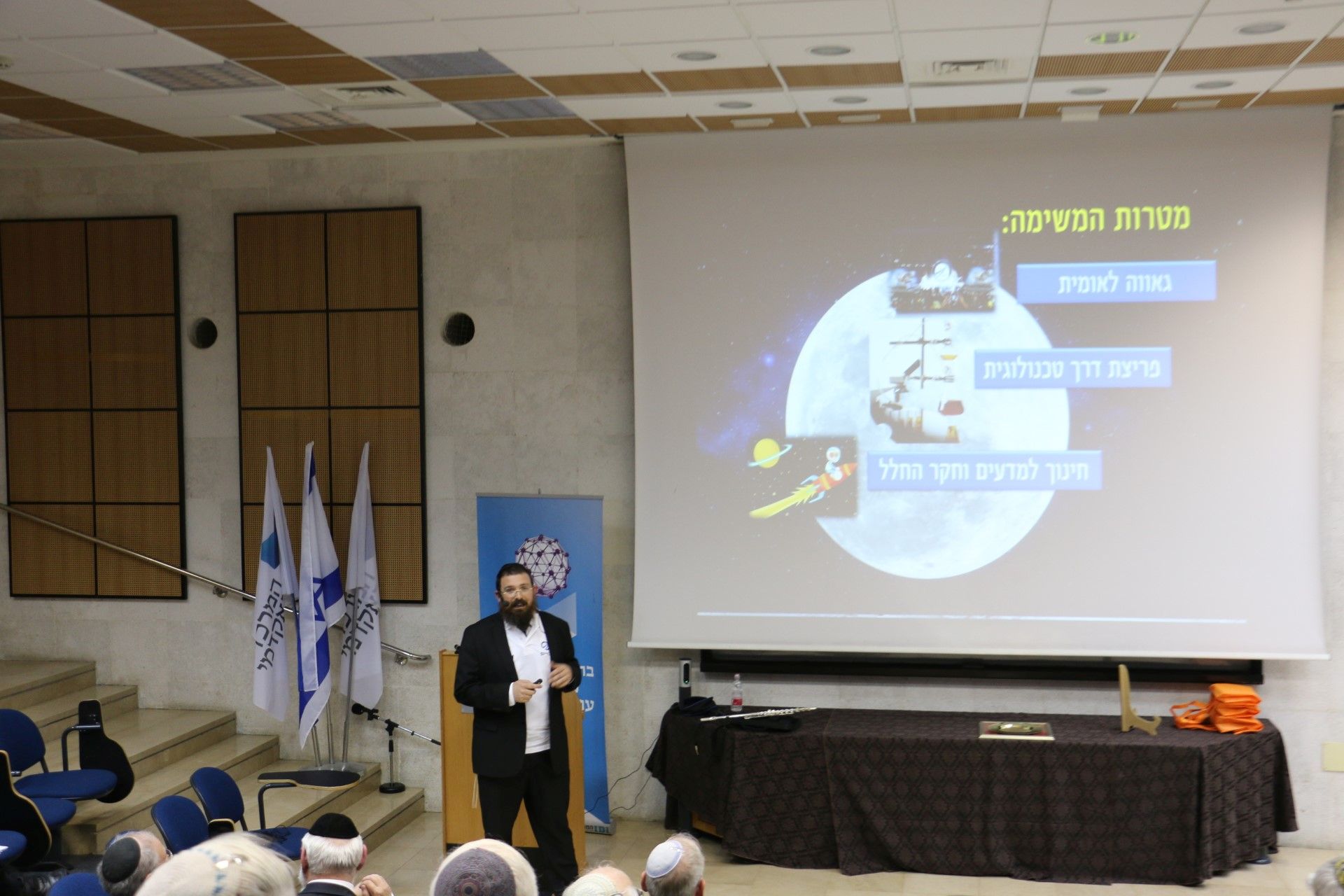 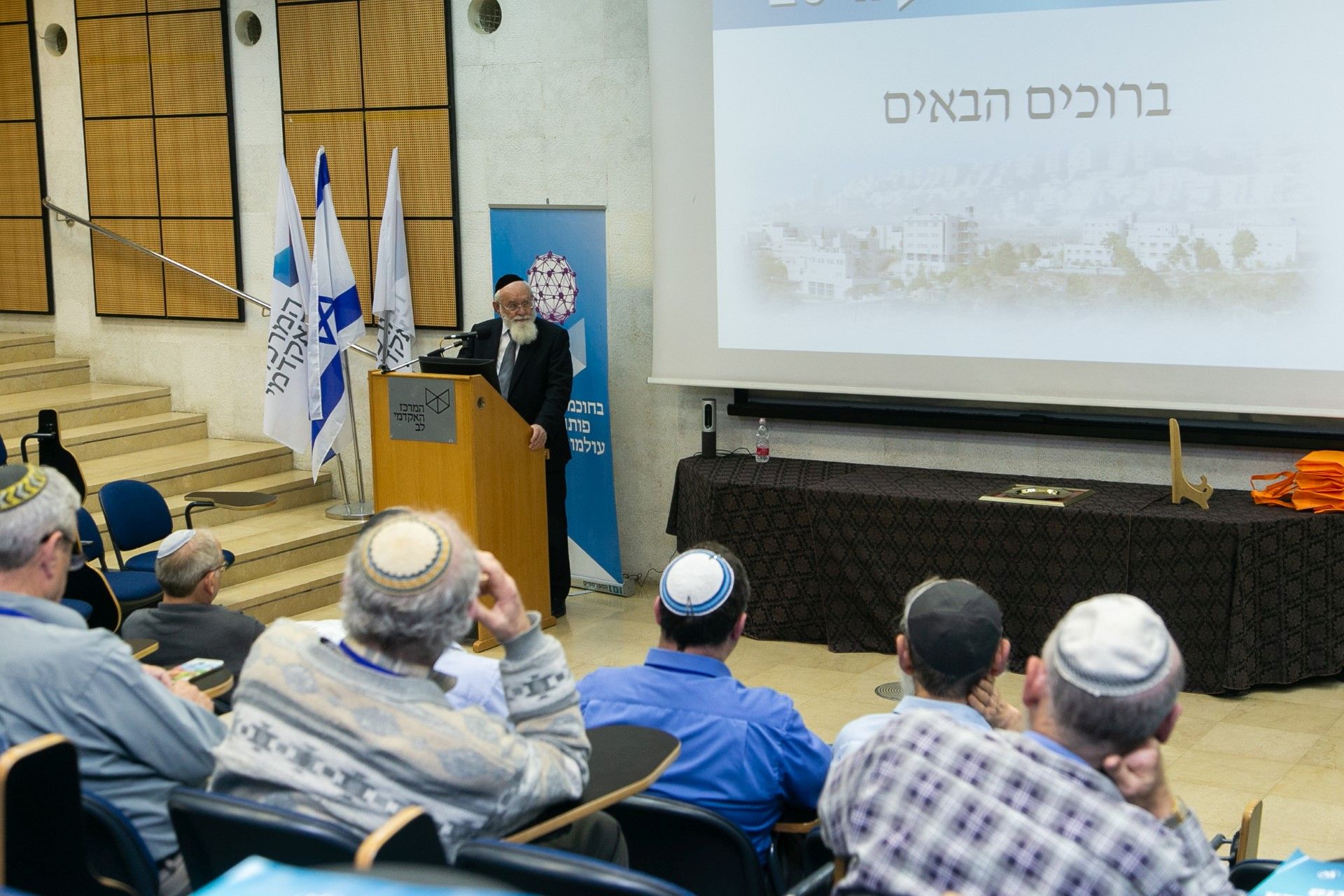 In response, as part of its new TakeAction program and in partnership with...